High quality illuminated vellum manuscript of outmostly noble make and provenance , at the same time a prime historic document from the inner circle of the Burgundian court’s last period. The magnificently preserved manuscript shows the unique development from an originally Flemish to a later French style. Initially designed for the Burgundian secretary Jean III. de Gros (1434-1484) around 1480, and illuminated by Simon Marmion, the Dresden prayer book master and other painters, the manuscript went into the ownership of the Burgundian chancellor Jean I. Carondelet and his family some twenty years later. In context of this change of ownership, which may have partly been politically motivated, the miniatures as well as the borders were entirely worked over and modernized by a French book painter, which led to the fascinating synthesis of Flemish and French stylistic elements. “The apparently complete ‘Redecoration’ of the illuminations just a few years after the commissioned manuscript was actually made is so unique that it causes one to speculate whether it was simply motivated by aesthetic reasons or if perhaps treason of the previous owner may have been the actual reason. Whatever the reason, as far as I am concerned, this work is unique considering the aspect of the illuminations.“ (B. Brinkmann). 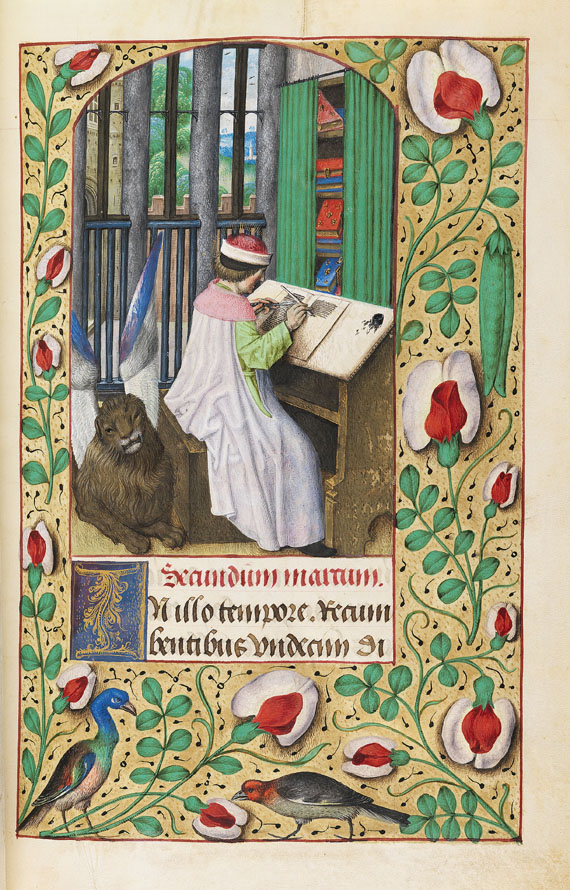 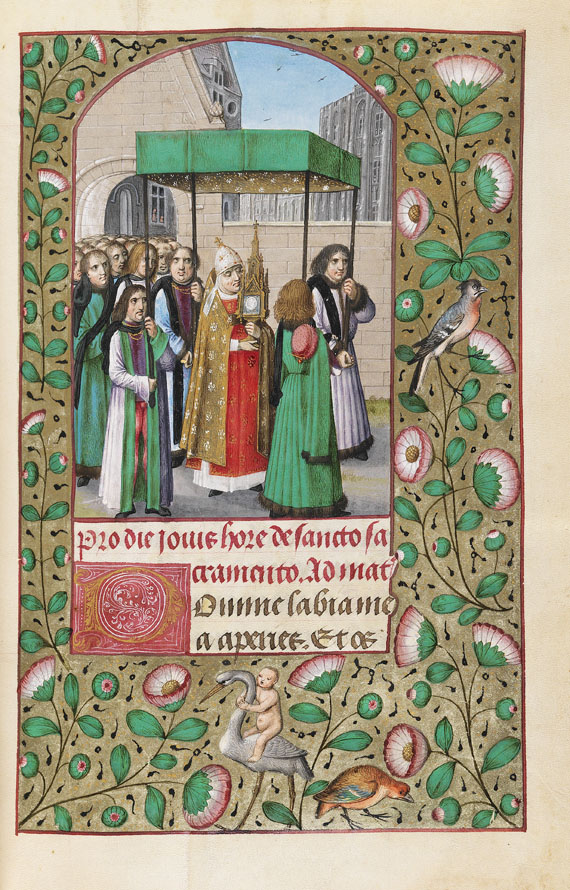 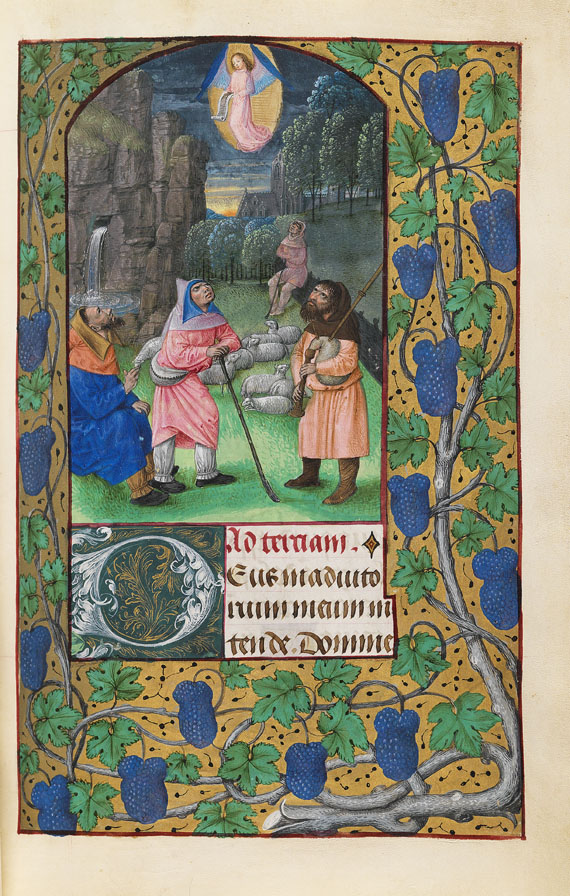 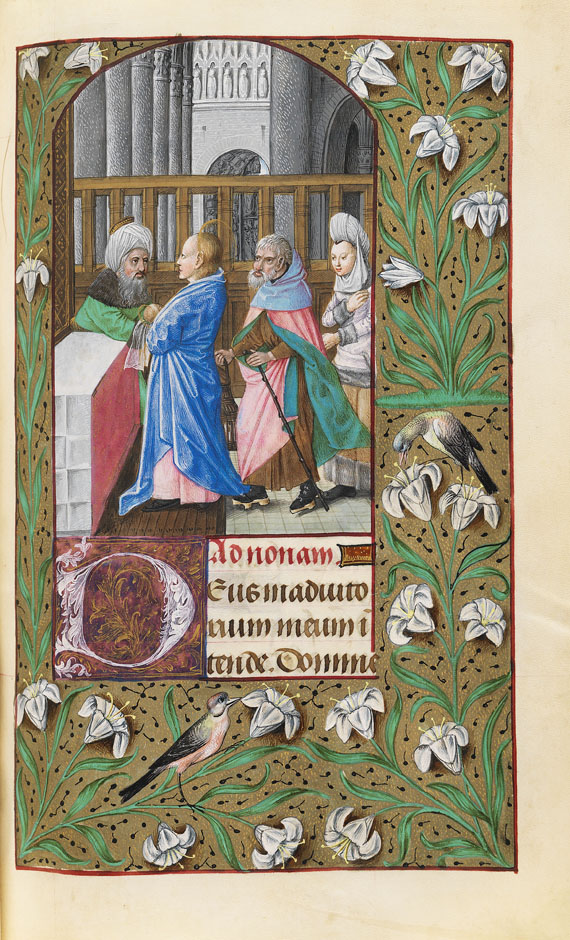 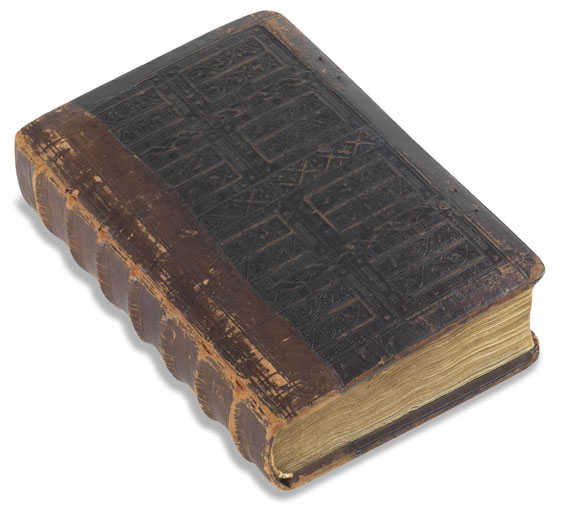 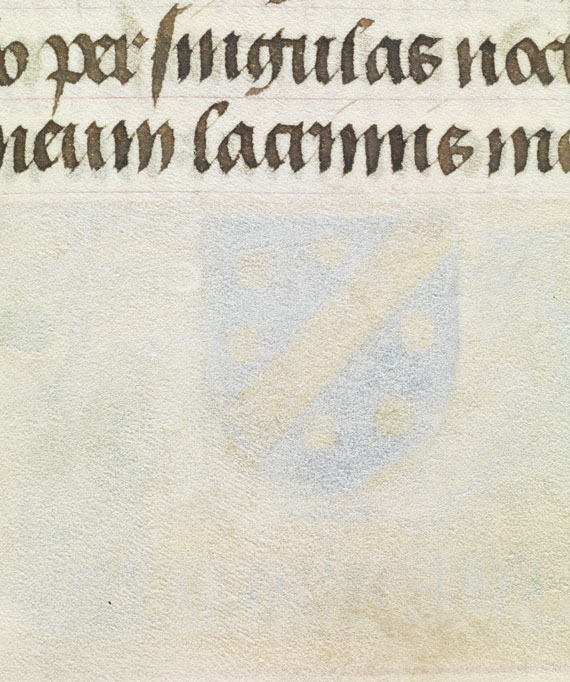 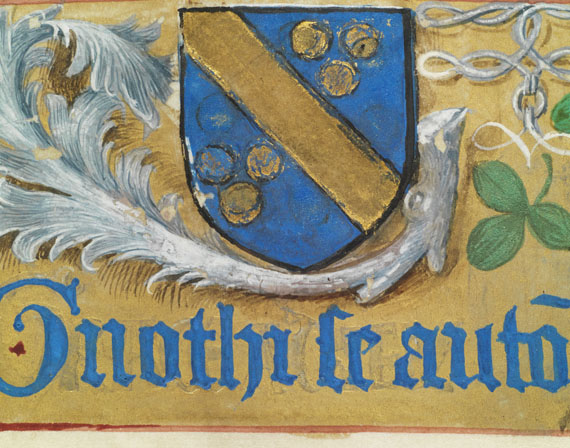 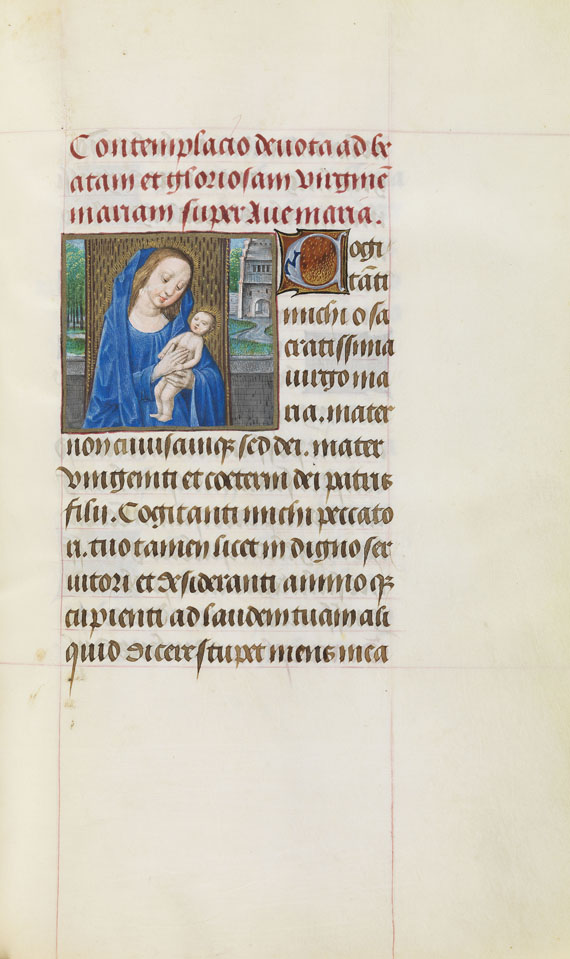 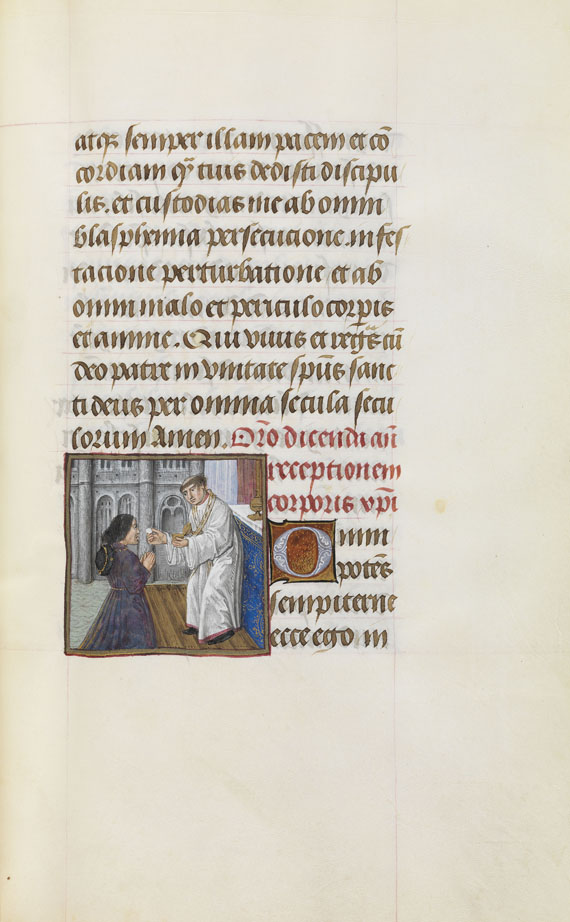 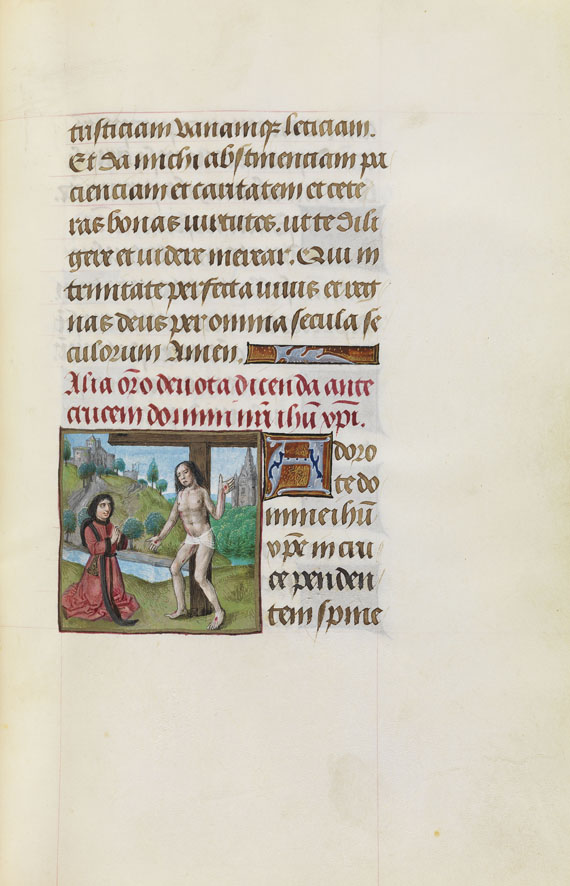 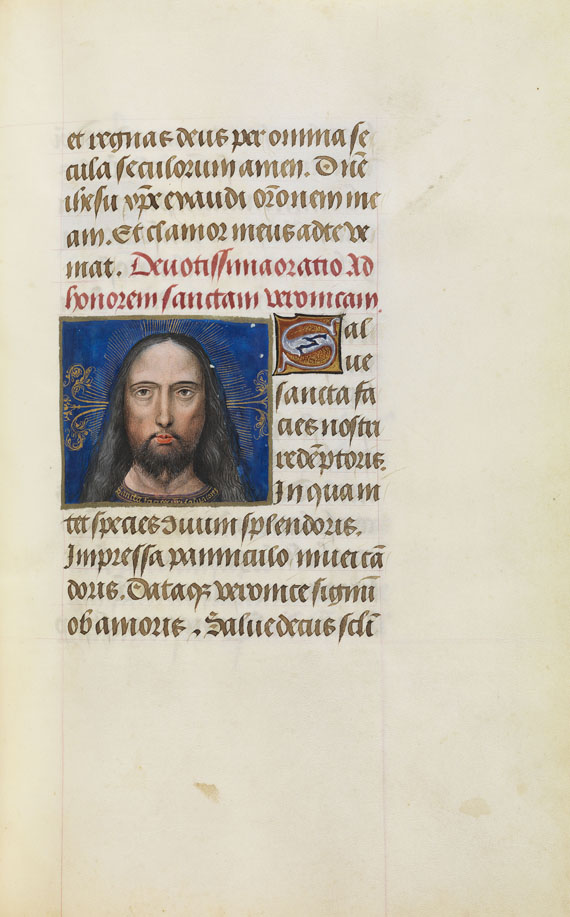 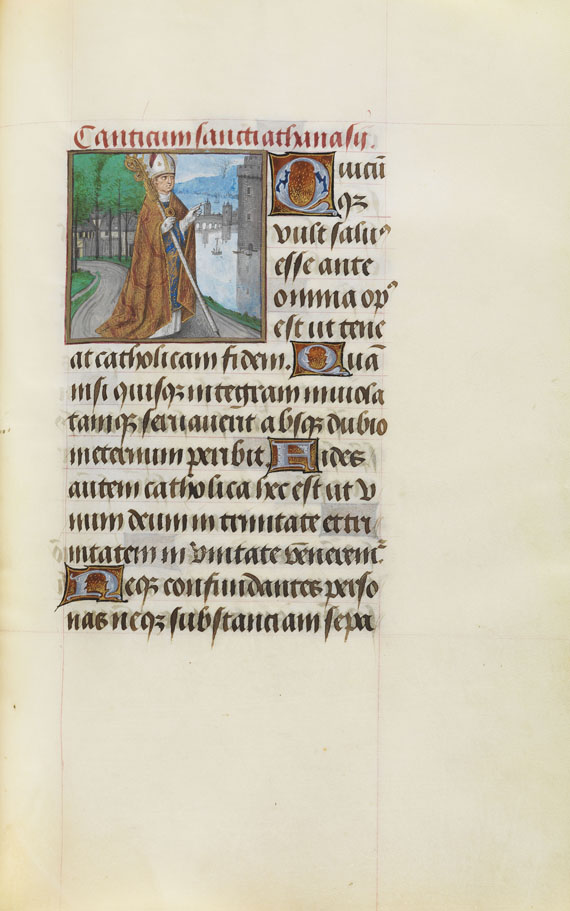